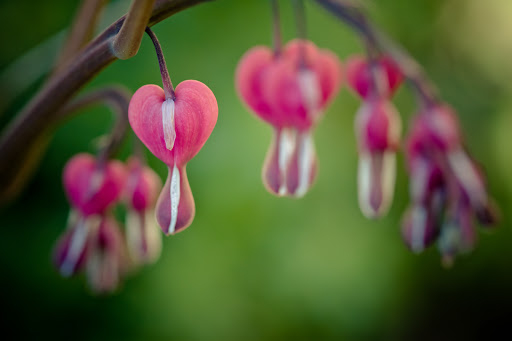 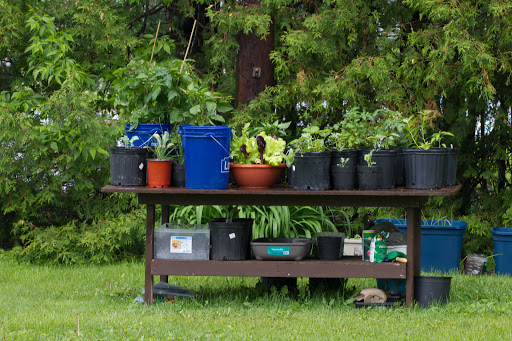 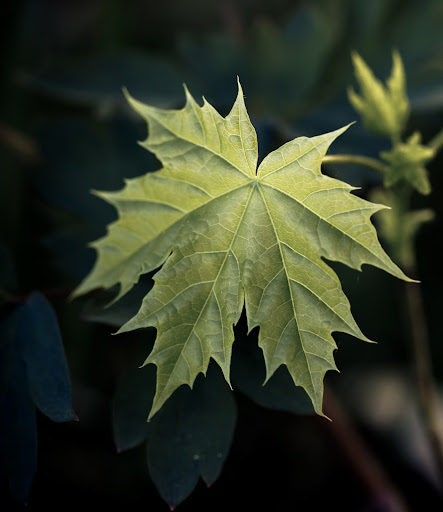 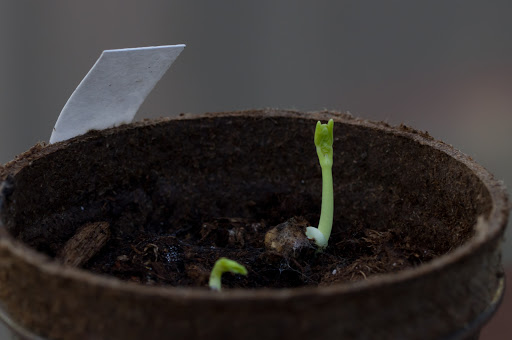 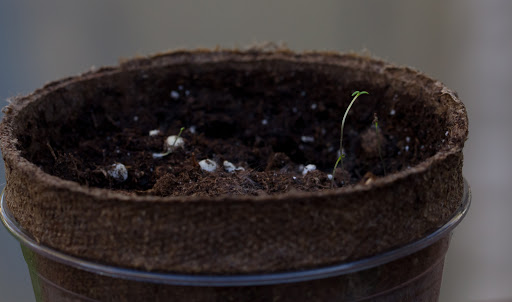 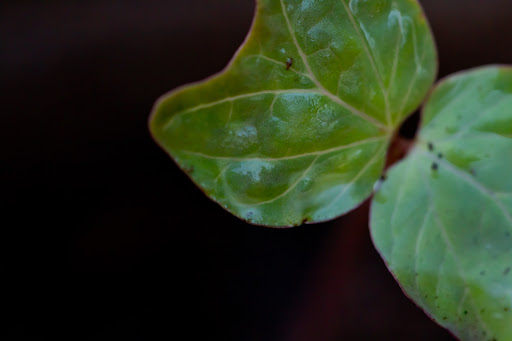 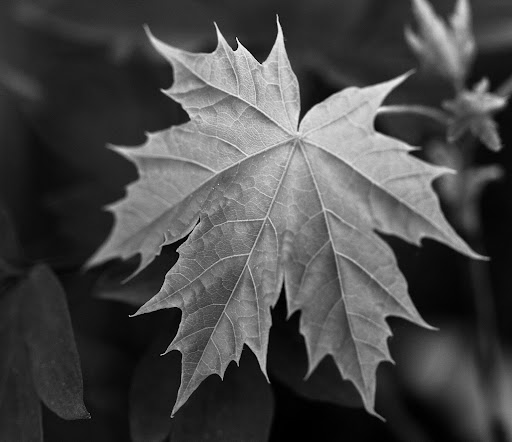 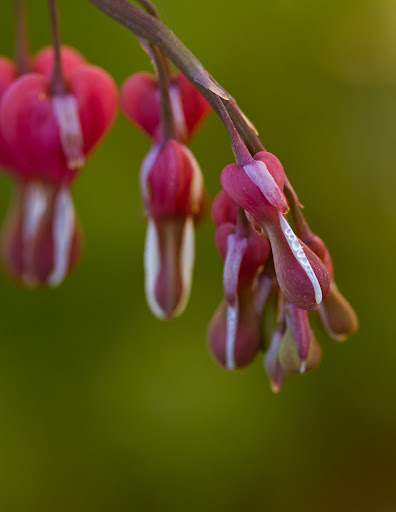 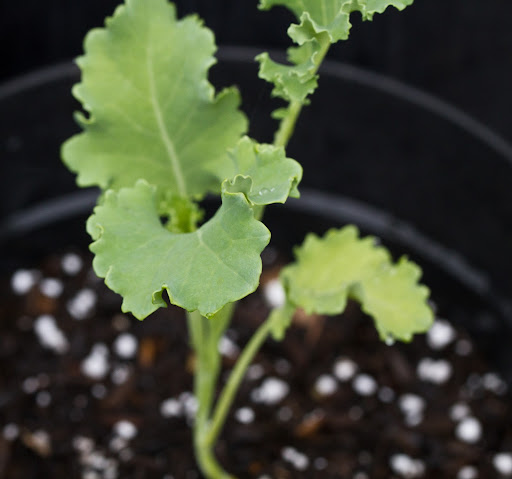 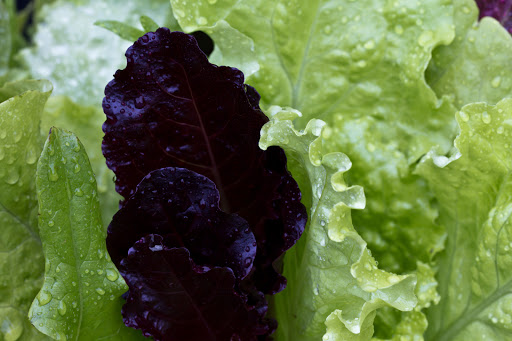 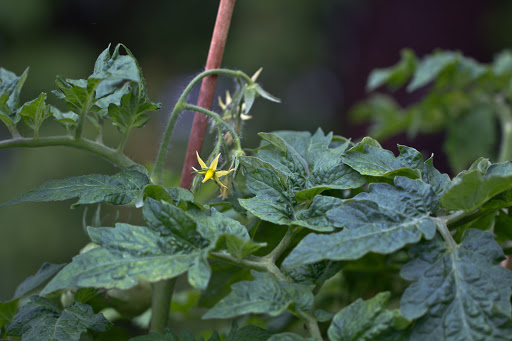 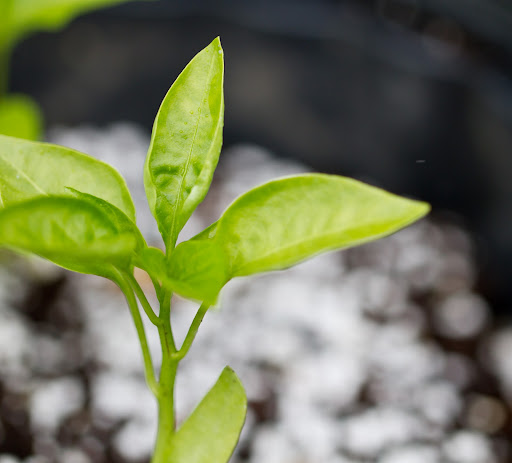 For a few years now I have really wanted my own garden. I rent though so I can’t go destroying patches of the yard. Even if I could, the soil I have is as clay as it gets. In fact, one of the pictures in the album I’ve posted is a little clay man I made out of it named Clayman Mulchead lol Complete with old hosta stalks as arms and legs. The thing dried hard as a rock. In order to get around that I’d have to have a raised red and there goes patches of the lawn. Beside that the front yard is the only place where I get sun. So after a while of discussing this with my Mom we came across some pictures of garden table, like a raised raised bed. My Dad’s handy, so he put together an awesome table for me to set  a container garden on.

So, now I have this table and nothing but a couple seedlings I hard started. I had a two gallon container and using that as an estimate I figured out I could hold 19 3 gallon pots on it, give or take. Well that was a huge ordeal. I went everywhere reaching for affordable buckets. I just wanted the little thin ones I’ve seen in nurseries. I had read that sometimes nurseries and landscapers need to get rid of them. After a couple weeks I ended up calling a landscape place and worked out a deal with the guy though he was a little reluctant ( I guess they get a credit for them or something ). 19 3 gallon nursery pots for 25 cents a piece, I was over the moon. I had things to plant in! Now I just needed some dirt and plants to put in them.

In the mean time I had gotten a hold of a whisky barrel that I wanted to use as a rain barrel (https://plus.google.com/s/worldwaterday?hl=en). Trouble is, it was sealed tight. After some research I had found out the only way to get the lid off was to loosen the rings on the barrel and I was not down for that idea at all. I had picked up a DIY rain barrel kit with some circular bits in it, so I figured I’ll just make a sieve out of the top and it’ll be cool. Well my little drill couldn’t handle it, after a week of trying 1/4 inch by 1/4 inch I came to the conclusion I had to be borrowed one . After some assistance we had a couple holes drilled and that was quite the effort  so making it a sieve was then out. I’m like handsaw ! The holes were big enough for me to get the saw in some after some elbow grease I had a nice square cut in the top. A few taps and the rest fell out. I then drilled a hole for the the little spigot and it’s been catching rain like a beast. Environmentally friends, good for my plants, saves me trips in and out and it’s free ! I also stained and spray painted a little chair to hang out next to the barrel with a pot of flowers on it.

Not knowing any better, I filled my containers with garden girt. Which in containers is just a bad idea for a whole host of different reasons from what I have read over at GardenWeb and elsewhere  I was a sad panda, thinking I got all these plants in mud and it’s going to rain all the next week ( last week ). Fretting about them drowning and withering on me. I read all about perched water in containers,  drainage, fertilizing, there’s a whole science behind it.

As a side note I’d like to say, that’s what the awesomeness of the internet is, knowledge at your fingertips.

There’s a highly recommended mix ( http://forums2.gardenweb.com/forums/load/contain/msg0212444023053.html ) that calls for ingredients, some of which I cannot locate anywhere. Pine bark fines are not sold on every corner evidently lol So I found a decent soil-less mix called Lambert-LM3 (http://catalogue.lambertpeatmoss.com/products/1-Professionnal/19-LM_Series/75-6649802330-LM_3_General_Purpose_mix.html) . I got a whole compacted block of it and used it all, in addition to large bag of miracle grow potting mix as well. So most of my plants are in a well draining light mix and the rest in the miracle grow, it will be interesting to see how the plants do in the different mixtures. I did end up re-potting all of the plants I had in the top soil ( save one ) , that’s a lot of stress for a plant so here’s hopin’ ^^

As for flowers, I have a number of different seeds I started . Some are wildflower mix and the rest are either, ipomoea lobata (http://www.ces.ncsu.edu/depts/hort/consumer/factsheets/vines/mina_lobata.html)  , Mixed morning glories ( http://www.ufseeds.com/Morning-Glory-Tall-Mixed.item ), Heavenly Blue  Morning Glories ( http://www.burpee.com/flowers/morning-glories/morning-glory-heavenly-blue-prod000284.html?catId=2170&trail=&_requestid=2561837) , Nasturtium (http://www.edenbrothers.com/store/nasturtium_majus.html ) , Or Moonflower (http://www.burpee.com/flowers/moonflowers/) .
I don’t think any of the moonflowers are growing though. I got those in a value seed pack, I figured I’d give the seeds a try. I started a few inside and directly planted a few. The majority are still growing despite the heavy soil ^^

I had also started some other plants but one type of seed ended up being a gigantic watermelon over 200lbs and the other was much smaller but still way too big for my space. Pay’s to read the seed packet lol The other ones, were pre-grown and the tag didn’t mention I;d have to have a mega trellis and hammock 25lb watermelons to it lol I got some small 8-9  inch on’es instead.

I thought I was nearly done hauling them in and out of the garage but it’s going to get pretty chilly for the next couple days, so the majority went back in, at least the pots are lighter now :)

So I’m sure I’ll forget a couple but here’s the punning tally of food plants.

I think that’s it, I also have a bunch of bulbs to plant but I’ll save that for another post. I still have a lot to learn and research to do, but I’m doing the best I can :)

In conclusion here are some pictures of stuff in and around my garden :)

This site uses Akismet to reduce spam. Learn how your comment data is processed.