A singular instance of serenity…﻿

A singular instance of serenity…﻿

Thoughts on a link shared with me

4
The ever fabulous +John De Bord   shared this: http://goo.gl/p69b8a with me on fbk a little while back and I thought I would also share it here with my own commentary. Which is very long lol I am winded sorry bout that :)I feel no rise reading this article because I do virtually none of the things described therein. If I do say, think about how popular a picture could or could not be online , the thought is banished. I know at heart I am not aligned with the masses and I can not predict what they/you will or will not like.

Sometimes I think of asking. What can I post that will thrill you? That will have you leaping out of your seat with awe? Then I have to remind myself that the artistic journey on this little stream tucked away into a corner of the internet is mine, not yours. The most that can be practically hoped for, is to furnish some seats and hopefully they will be filled.

Anyway, back to aforementioned article. I feel that because I do none of the things outlined in this piece I am meant to languish in a professional sense. I mean, it is colloquially said that the definition of insanity is doing the same thing over and over without a change in result, right? Well what if your end result is intact personal integrity and that directly interferes with your success?

In my opinion there are very few in high stations of any industry with utter integrity intact. Do you think that oil tycoon sitting in his Bugatti, smokin’ on his Cubans got there by not being a bit of a dick? Highly doubtful, not to say there aren’t exceptions to the rule. I do not condone that type of behavior though. It’s precisely because I don’t condone it that I struggle immensely. Of course I want to be appreciated and well liked, but I also have some fairly rigid guidelines for myself concerning how I will or will not behave to that end.

It’s shameful to say, but it’s not because I’m especially kind or benevolent. I just cannot bear to be in the same room with myself if I’m putting on airs. So, you see there’s the rock and there’s the hard place.

The points made in the linked article as well as in many of the comments suggest that this type of course is a respectable one. Yet, it doesn’t seem like it’s the most probable or profitable one to success in the worldly sense of the word.

Now this article ( 26 Reasons Why No One Likes Your Art ) http://goo.gl/IxC0Om at points directly contradicts the first one. At times some of the 26 points contradict each other. Take this point:
” 22. You don’t do much else interesting. The art you make is almost, if not as important, as the stuff you do that forms the context around it. Do fun, unusual, weird, exciting things with your life outside of the work you do, and make people aware of it too. It will make a difference as to how people perceive you, and also your art.”

Dude, seriously. Now ( order to be successful ) I have to live my life in a way to impress other people, is how it reads to me. A good portion of those points I am philosophically opposed to. I don’t agree with the notion of the cult of personality. Anyway, it can be very confusing, seeking insight. I read that stuff and it just steams my clams lol.

Getting back to what I was saying, I know that worldly success not the most important thing in life but all the same, it doesn’t exactly hurt either. Not a mind reader here, so a decade ago I couldn’t have known the proliferation of digital would be so widespread. I was just youthfully unaware that I would end up getting lost in the din. Figured I was in it for the marathon, not the sprint. So I took my time becoming intimately involved in my work.

So you say, do local things. As many have suggested and were I not in an atypical situation, and had more to invest that would be a great idea that I would seize immediately. Compounded by the fact that I have chosen a difficult niche to specialize in, I have a tendency to find myself discouraged. Seeing folks become photography rock stars in less than a year in some cases ( though I am happy for them, hey at least someone is finding success ) drives me a bit mad once in a while. Usually when I am hormonal lol I begin to question my own talent and worth and I get into a funk. I know that we should not compare ourselves with others but I think it happens to even the best of us sometimes.

I do know the truth of it though and I’m not less than. I just don’t operate as I am “supposed” to, to be able to have a viable online presence. The research has been done, the articles read and the observations made. So much of it is contrary to my nature, I was not born wired that way. I’m unwilling to become someone else and/or neglect my responsibilities to follow the path of the social media photographer. That’s what following the example would amount to for me. I have other people to think about besides myself. Sacrifice doesn’t mean to me, forsaking the things for success and all that entails for the things that_really_ matter. Which is the love and company of my family and friends and making sure their needs are met. My responsibility is to them first. So, no I will not be taking out loans I cannot repay, leaving my child without a mother and travelling to Timbuktu and skirting cliff ledges. Maybe one day, but that day is not now. It also doesn’t mean that I don’t deserve success. So that I may better meet the needs of my family.

I’m also one of those funny birds that don’t feel compelled to share for the sake of sharing it. I try to be self aware but I’m not sure why I don’t have that compulsion, just it’s lacking. I share it because there is no other way for it to be seen because maybe someone out there needs to see it for some reason beyond me, and that it means something to someone else. More than to just me. That perhaps, I am making some sort of valuable contribution. The fact remains though, it must be seen to be sold. Eventually, maybe, one day.

As I mentioned before I have done the research, I know exactly what must be done and I make no excuses for being stubborn and unwilling to mold myself in that image. I can edit myself to an extent, but to present a completely false version of myself to satisfy the gods of marketing just FEELS WRONG. When every cell in your body is screaming WRONG! It is my experience to not deny or ignore those feelings, I think they are hard wired into us for a reason.

To wax metaphorical, this ship is already too far out to sea though and there is no point in turning it back around. If I have to work behind a damned cash register the rest of my life, then so be it. Maybe that’s what I was meant for. I’m going to stay my own course though. I will stand solidly in the sea like some old crusty boulder at the shore that someone’s taking a long exposure of lol I will stay there, unmovable  as the tides come and go. Sooner or later some ship is going to be knocked about by my presence even if my mortal body has long withered away. This barnacle ridden exterior will chipped and cracked open, like a magnificent geode. The light of a million suns shining through a cascade of diamonds will light up the night and all that is unseen will be seen. I will have my time, for my legacy of my vision and words will be there, for always. I just have to hold on and keep the fire burning.

Avoiding the Internet Popularity Trap – Ron Coscorrosa – Nature Photography
The Internet is great. Photography is great. Together? The results are mixed. Everyone has their reasons for why they photograph, but I would like to think most photographers start out with noble intentions. That they try to produce photographs that are original, creative, and personal. Somewhere along the way things get confused, and praise and popularity become the goals and the photographs are simply the means to that end. As a result, their p…

Not my best by any means

Sometimes other people enjoy the pictures I view harshly, so I’m posting it anyway :)

I love this little ornament. It’s whimsical and enchanting to me. I got it last summer at a yard sale with the explicit intention to photograph it ( and because it’s really pretty lol ). This is what I got, It hangs and with few places to hang things I chose to spot I had to work with and this is what I got. I may try again because this just wont do for me lol It’s missing something ( besides a better composition ) lol

So here is an album of wonder 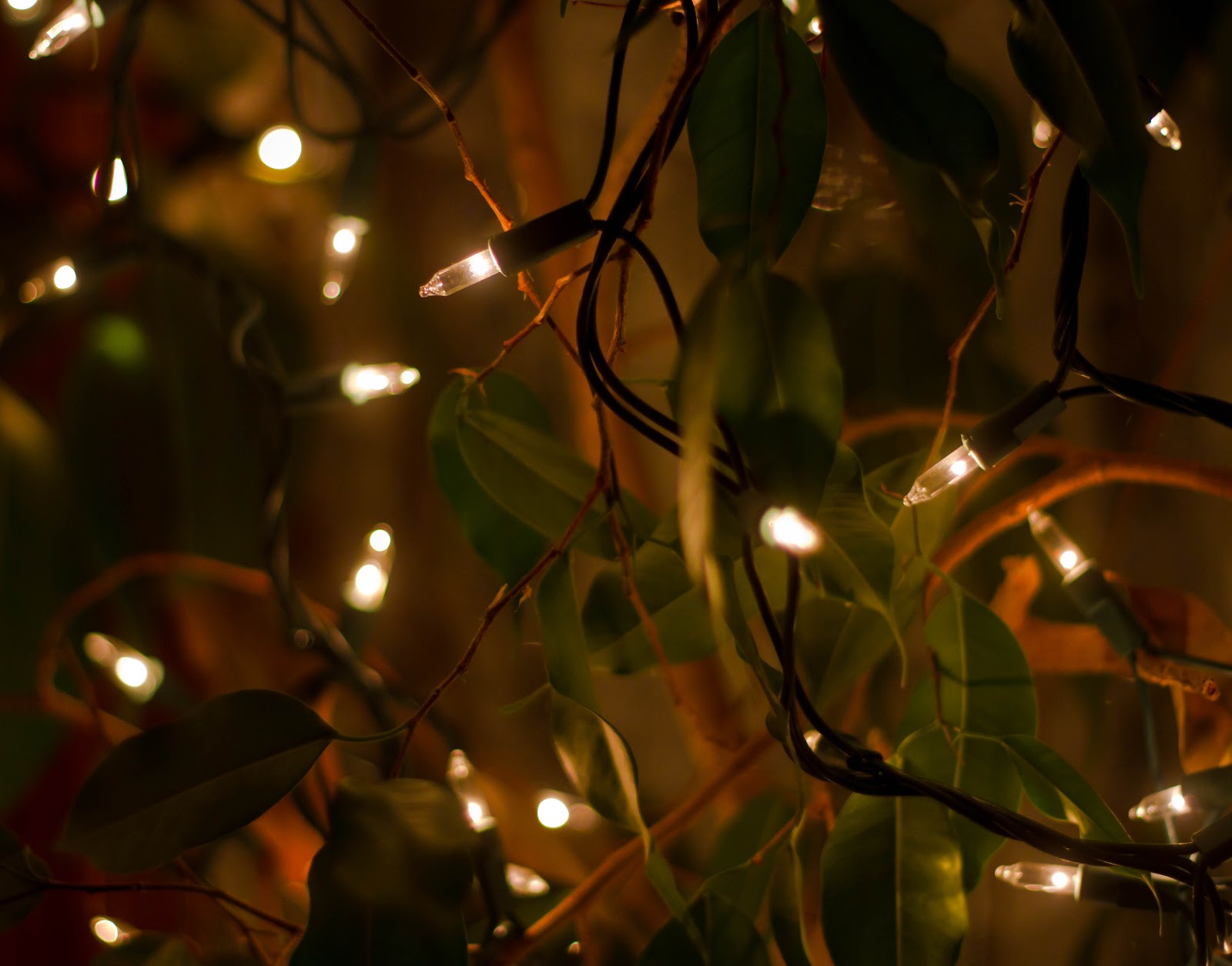 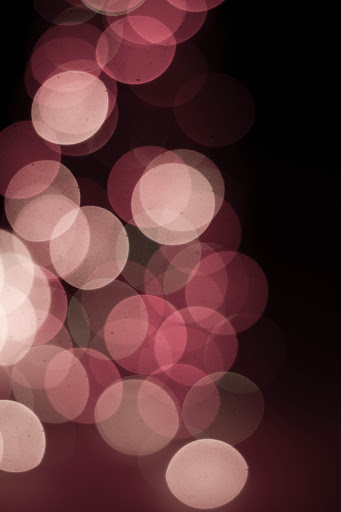 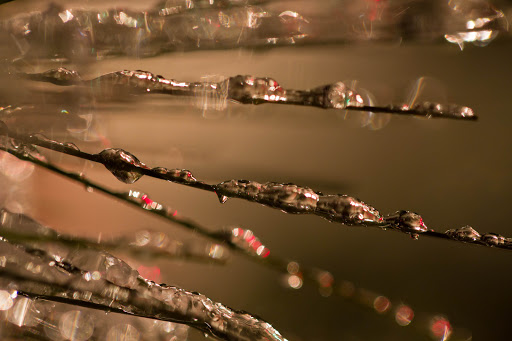 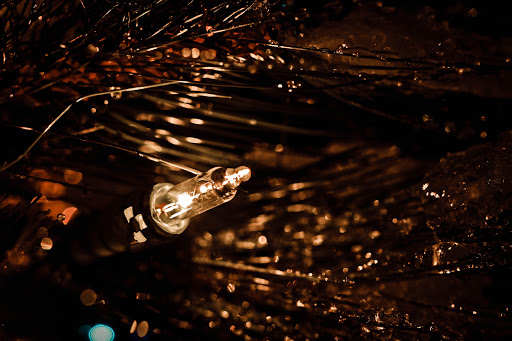 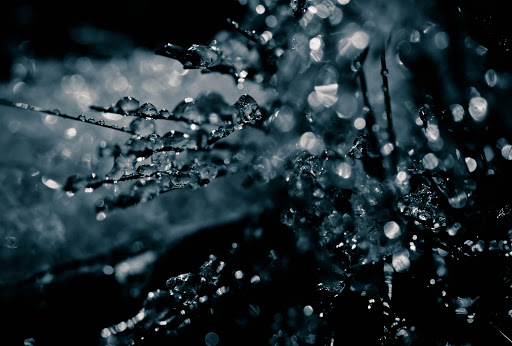 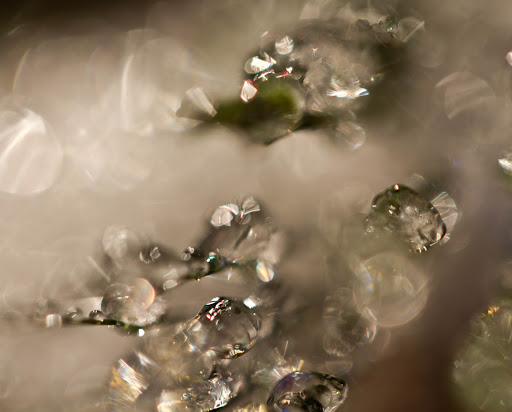 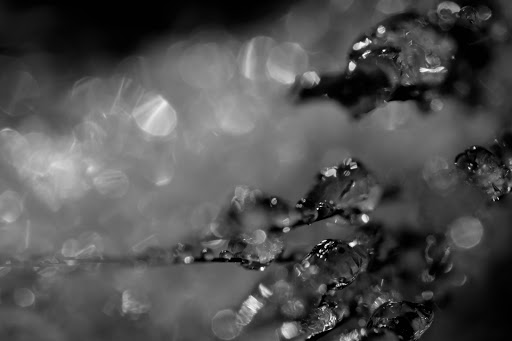 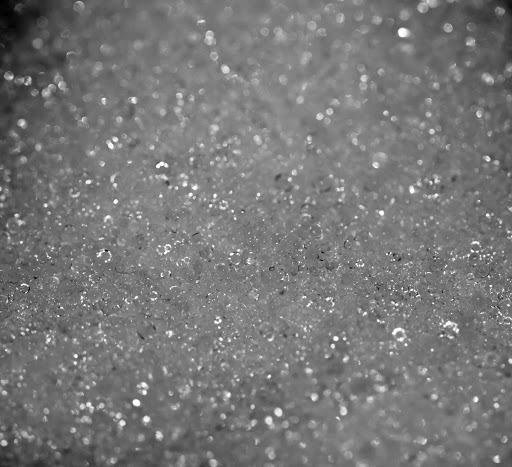 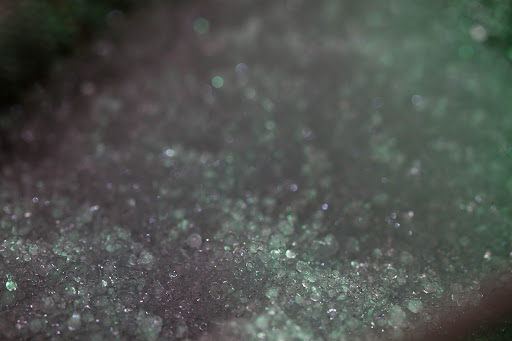 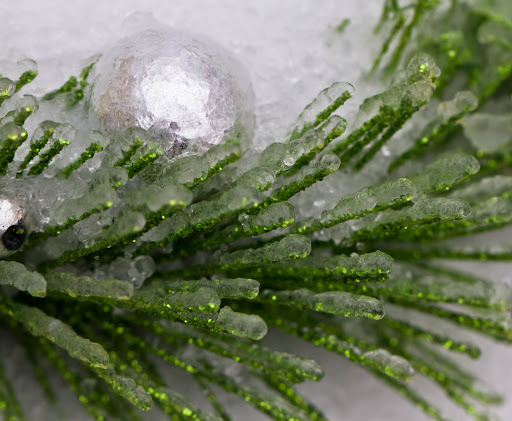 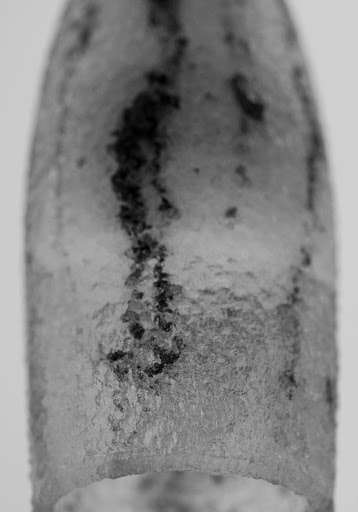 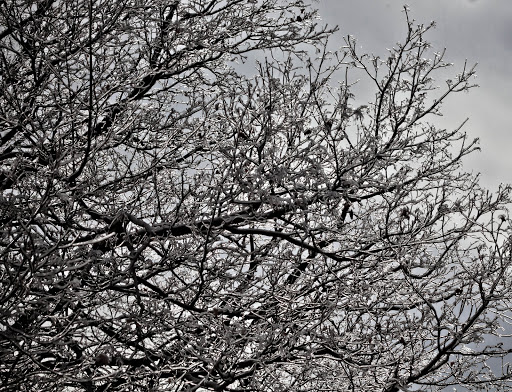 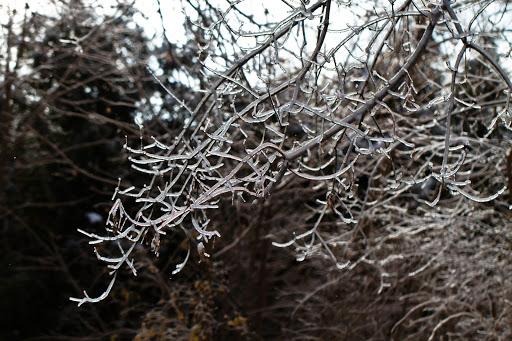 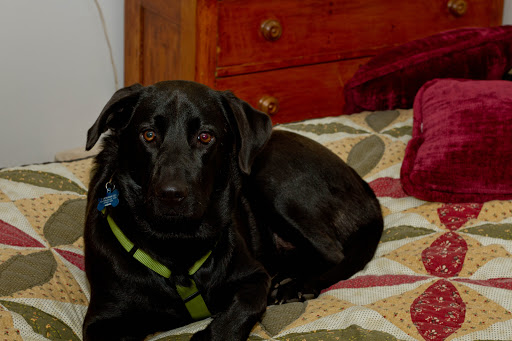 I’ve got some mini ice storm pics, Christmas decor & lights, and a bunch of personal pictures from Christmas, food and stuff like that. Some are artsy and some aren’t, some are just snapshots gasp . If you want to see my pictures though, you can click through the album. I might get around to sharing them individually eventually, who knows. I take tons of pictures I’m just terrible about sharing them :)

Fractal made on Kindle Fire… 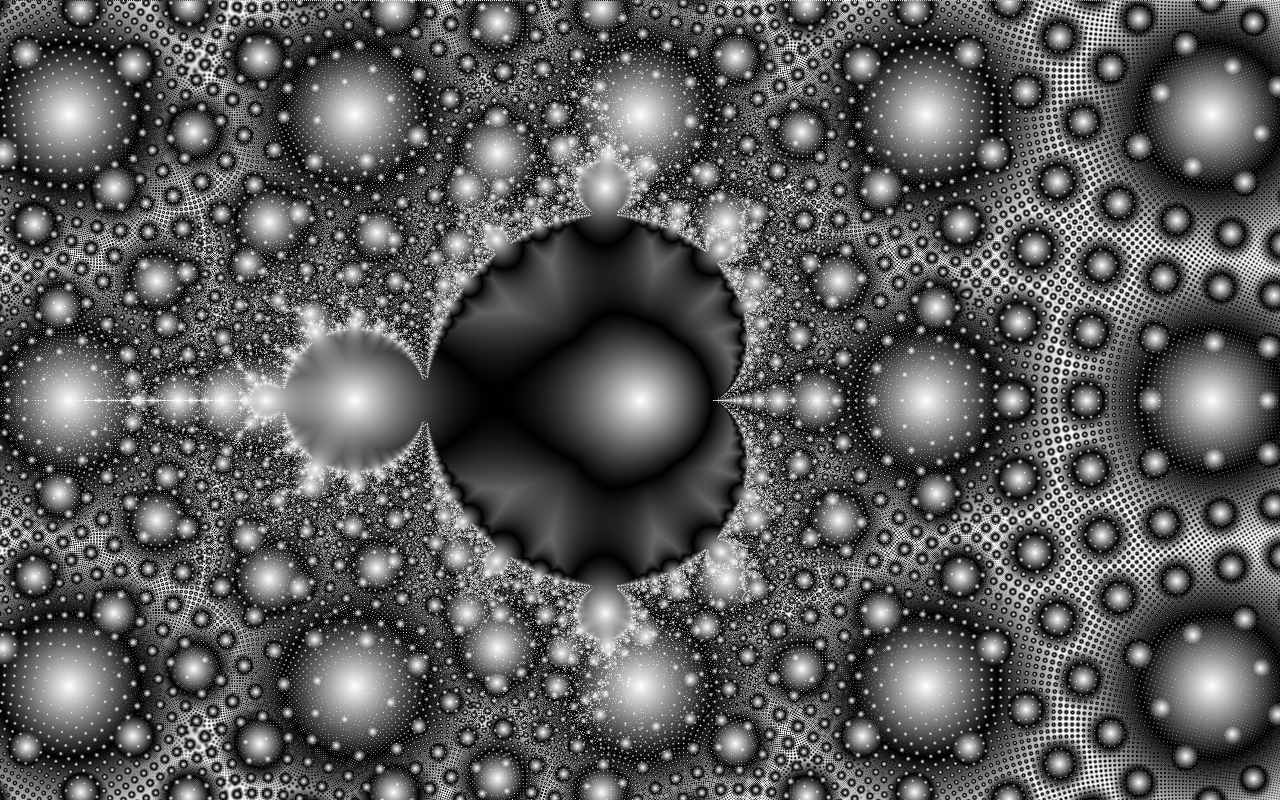 Since my time of the computer is limited, this is a fractal I made on a Kindle Fire with the app Fractoid by David Byrne. I have quite a few of these saved up but I don’t want to spam :)

I was reading the Amazon reviews and people seem to be confused on how to use the program. If you have a Kindle Fire and want to use this app the biggest thing to remember is use the “menu” button on the kindle ( on the right side, between the magnifying glass and the back arrow ). That’s where you can play around with the different algorithms & equations as well as reset, save, share or use as wallpaper, change the colors and set max iterations.