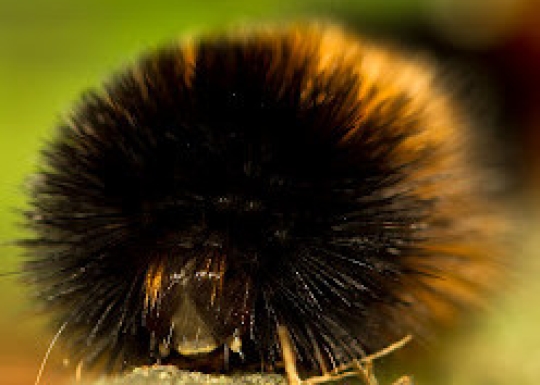 I have taken to rearing a couple Woolly Bear caterpillars ( http://en.wikipedia.org/wiki/Pyrrharctia_isabella ) and Wilbur The Woolly Bear ( or Wilma, they are sort of hard to tell apart hehe ) and I would love to say hello to all of our new friends ! I did endeavor to get a portrait of both but once these little critters start a’ scurryin’ they are off like a shot. If you want to see their cute little caterpillar crawl there are some extremely adorable videos on youtube, I might even get around to making one myself :) 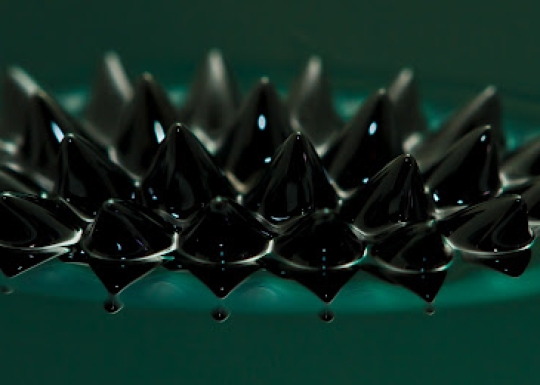 This black stuff is called ferrofluid . Ferrofluid is pretty much nano particles of magnetic material suspended in a carrier fluid and a surfactant to keep it from getting clumpy. When there is no magnet around this fluid is fairly thin and quite messy but once you get the right magnetic alignment, these strange shapes emerge. I don’t happen to have very strong magnets, so I did what I could including getting all over everything ! This stuff has a mind of it’s own if you’re not paying attention to where your magnets are lol

Ferrofluid has many other uses besides making an interesting subject for photography. They are used in speakers, the aerospace field, medicine ( as contrast agents ) and many kinds of optics. Pretty multi purpose stuff huh? 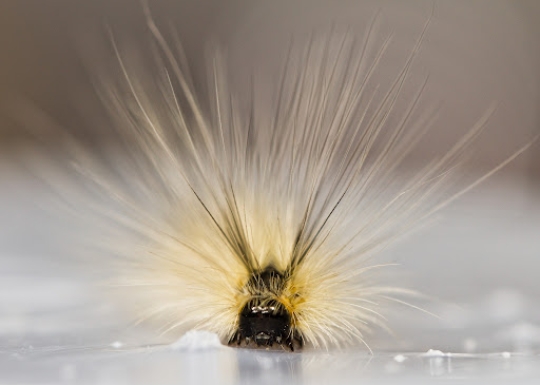 This is Henry the Caterpillar and he’s ready for his close up ! I posted earlier how happy I was that I get a couple pics before he “pupated” ( correct term +Chris Mallory hmm?) .I have been saying cocooned lol Anyway, here he is in all his fluffy late instar ( that’s what they call the stages I think ) glory. At first I thought he was a Scape Moth caterpillar but I have since changed my mind. I think he’s a Fall Webworm , we’ll see if I’m right in time. He’s nice and tucked away in a leaf fold for the time being though, taking a very long nap :) 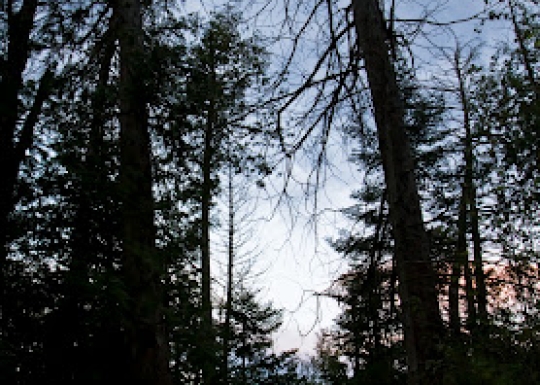 This is a bog.Lichens hang from the trees and moss carpets the ground.It is a protected habitat.It has been gifted to us ( the public) with a beautiful boardwalk! Seriously humanity,does it look like the type of place you need to chuck beer cans into the woods and put cigarettes out in?

I have created a whole mental picture of the type of cretin who is walking through one of natures wonders and sees a patch of moss and goes” YEAH that’s where I’ll toss my cigarette,moss makes a mighty fine ashtray !” Oh that area right over there looks like a GREAT new home for my beer can.I am disgusted by it.So much so that I will walk around and pick up other peoples garbage because I just cannot stand to leave it there.I have two hands and two legs,I can pick up garbage,I am not some lazy swine who can’t bring out what I bring in.

Just the other day +Mike Rector  & I were out fishing and there a sign that says clearly.PLEASE bring out what you bring in.That’s really not such a hard thing is it ? I know if I can manage it ,and I bring a whole damn personal nest with me everywhere I go,other people can too.(I likes to have my stuff ;))

And when we get down to the shore, what do you know. There are several beautiful blue jays frolicking about and to my right ,on the tree with the blue jay, is not one but THREE beers cans stuck to the branches.I was horrified picturing that majestic beautiful bird perched on a damn beer can.Then there was MORE garbage about.I did get the beer cans though :D I have now resolved to bring garbage bags with me wherever I go because I just can’t take seeing nature being soiled like that.These are beautiful and pristine woods out here in the Adirondacks.They were written into the NY constitution in 1895 as being forever wild.Now we can’t help roads and recreation but I think we can sure as hell pick up our beer cans,tissues and cig butts,that’s really not too much to ask.

I know the pictures themselves aren’t the greatest but it’s the story that counts more in this instance :) 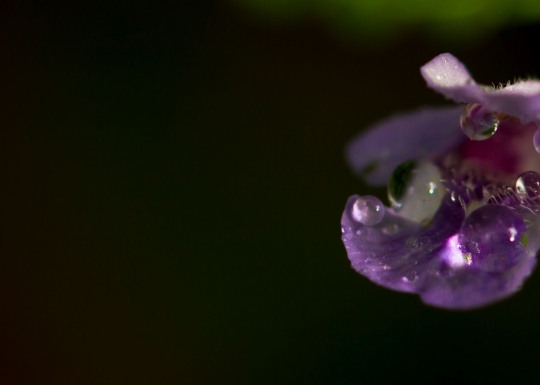 Little orbs of emotion cling gently to your face. One is for sadness, one is for joy, three are for love, because love comes in more than one form. Another is for grief and one more for loneliness.These are the things I feel, these forms are expressions of who I am. Things from within turned inside out, gracing existence with its visage. Whole universes exist within a tiny drop of water, a single tear, in a single raindrop. A whole story beyond what it seen. 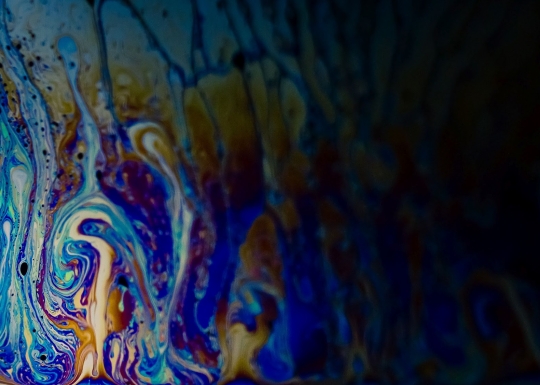 About this image: This is soap bubble interference ( all the pretty swirlies on bubbles) . I’ve done a couple more sets after this one but I don’t think any since turned out nearly as nicely as this one did. 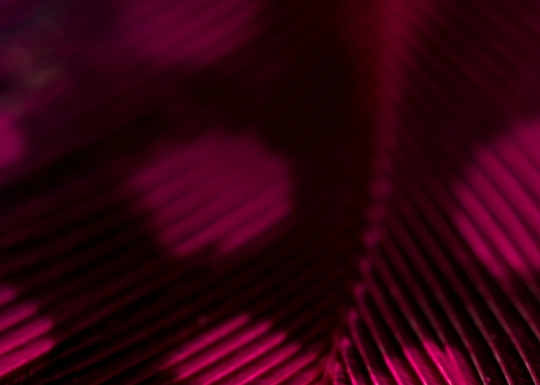 Though chaste and with haste your lips press onto mine. Your lips on my lips …the singular thought is enough to make my heart shudder within my chest, a sudden gallop fueled by unsung desire and secret infatuation. The singular action turns that gallop into a frantic sprint for a quick moment, as my body tingles with the rush of adrenaline. Then you are gone, my closed eyes must stay closed. For I can feel the tears welling up behind these lids of mine. How I wish you would have stayed longer. It was just a dare for you but it was so much more for me. For a moment there though, I was light as a feather and I will treasure that moment until my last breath. 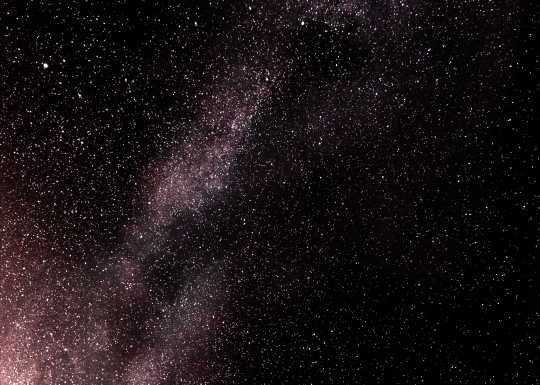 This cover image is several exposures ( maybe around 32?) With around 10 dark frames,taken overhead in my front yard(the one with the evil street light lol).Stacked in Deep Sky Stacker and edited in Ps.

The first two photos in this album are the difference between tracking and stacking piggy backed on +Mike Rector ‘s telescope (Omni XLT)and the second,my camera alone on a tripod.

In album At Night (4 photos)